England at the Riverside

This is off subject, but imagine a Boro 17 year old academy player who was still waiting to make his debut for the academy never mind the first team, sitting at his school desk during a maths lesson taking a message from Neil Warnock that because of Covid he would need to turn up at the Riverside the next day as he was needed to play for the Boro on the wing. You’d be so excited and probably a little nervous.

Admitedlly a different sport but this happened in Rugby League last Thursday to Jason Qareqare (pronounced Garygary) of Castleford. But then in the match to receive a pass in his own 22 metre box, run the rest of the length of the field along the touch line and swerve around one of England’s finest fullbacks beating him for pace, and scoring a try after only 44 seconds and in front of the television cameras, well that seems far fetched, but nevertheless it really happened. The fact that Cas lost the match is irrelevant, and I admit it would be more difficult to control a football with one’s feet than a rugby ball in one’s hand, but one can see the analogy.

The following morning on return to his classroom he was mobbed by his class mates, black and white, and not all Cas supporters but all so pleased for this popular lad must live with him for the rest of his life. He is in Castleford’s squad for tomorrow’s match at Wakefield, but one can never forget one’s debut, and neither will Boro’s Josh Coburn.

@ken Real "Roy of the Rovers" stuff, it's what sport is all about, those special moments of wonderment.

Sadly all too rare now in what has become a commercialised commodity, sponsored and sold to the highest bidder.

Have you seen this goal:

Unbelievable, Jeff. I hope Lumley is a bit better than the Haiti international goal keeper.  Up the Boro!

Scott Parker has not resigned from Fulham yet and he hasn't been sacked - but it seems to be just a matter of time before he is no longer manager.

Bournemouth are keen to appoint Parker as their new boss after missing out on promotion to the Premier League but there are compensation and contractual issues to sort out yet.

So this mean that Woody could soon be available for Boro. Up the Boro!

I’m saddened to hear of the the death of Teesside born Louise Wanless who worked in the media, PR and telecommunications industry for Boro up to 2003 and thereafter for Sunderland and received the North East Football Writers Award in 2019. I must confess that I hadn’t heard of this lady who is described as having had a bubbly personality and was well-liked and respected in her profession, but to die so young at only 52 is a travesty. They say that God is working his purpose out, but sometimes even I cannot understand His logic, especially as he still hasn’t called me yet.

My condolences must go to her family and friends, and may she now rest in peace.

@ken It’s always sad to hear of someone dying so young. It’s almost as if there isn’t a god after all or that he/she’s given up on the human race.

Good to see Nigel Farage posting a picture of himself taking the knee in support of BLM... 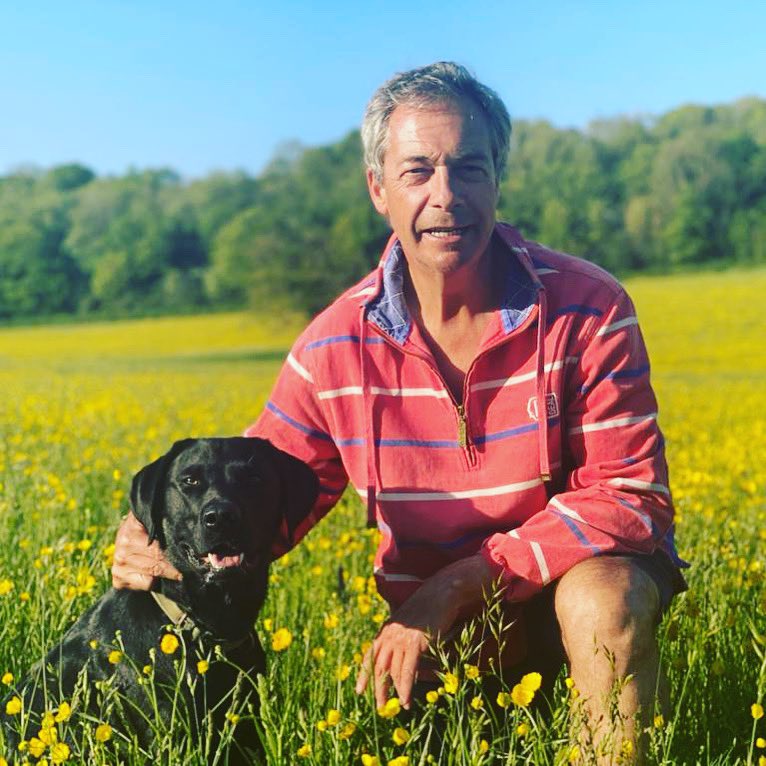 Though apparently Twitter believe it was in support of a different BLM - Black Labradors Matter...

Watching the Euros and quite sad seeing Martin De Roon And Martin Braithwaite performing on the International stage.

I’ve met both players and found them polite and better players than the tactics employed  to include them in the Boro formation.

MB didn’t get on with Tony Pulis and was a much better player than anyone on the coaching staff realised.

At least we only dropped down to the championship not like Sunderland whose ex keeper will be playing for England today as they peer upwards from the third tier.

@werdermouth What is the difference between NF and the Trump clone, PM Johnson? Looking from outside, I cannot see any political differences between these two guys ...

@jarkko One is just stupid the other is dangerously stupid!

@jarkko One is just stupid the other is dangerously stupid!

I was afraid to get that feedback, RR. UTB!

The beautiful game? Yer having a laugh! The 33rd England v Scotland match at Wembley and the first to end goalless with a combined total of only 3 shots on target. In fact there had never ever been a goalless draw between these two protagonists in England before and they’ve been playing each other since 1874 albeit not so regularly in recent years. Although I’ve no proof, I would hazard a guess that the most recent Auld Enemy derby was the most boring ever.

Now onto today, and the most important match in the history of Hartlepool  United for many a long day, and the Gazette don’t even give a preview of the match. I know that the newspaper is printed in Middlesbrough, but it is headed ‘Teesside Live’ and the last time I looked at the map Hartlepool was on the River Tees, but perhaps north of the Tees doesn’t count. It’s not as if Boro had a match this weekend, and little to report except speculation and hearsay about transfers and suggestions who Boro might or might not sign for next season. They say that no news is good news, so perhaps that is the new motto for our local paper. I remember the days when there were reports of both Hartlepool and Darlington, and even previews of NY&SD cricket matches on Fridays with reports on Mondays. I love the Boro, after all I’ve been a supporter for over 130 years (well not literally) but there seems to be a complete disregard nowadays as far as sport is concerned by the Gazette for anything not associated with the Boro. How soon we’ve forgotten that Hartlepool FC were our salvation in 1986!