Neil Warnock finally made the decision he could no longer avoid and switched to a back three and it seemed to restore the confidence in the players who suddenly looked much calmer, composed and indeed solid.

It didn't appear to add much in the way of creativity in the first half but as the game wore on there was a belief among the team that maybe they could get something from this game.

After Millwall made a triple substitution, they briefly rallied and looked dangerous but a great save from Stojanovic seemed to suggest it might be Boro's day. Soon afterwards, Fletcher broke down the left as the Millwall defender slipped and kept his cool to give Britt a simple conversion to make it 1-0. The game was finally made safe when Fletcher converted a penalty after been hacked down when in on goal to earn three well-deserved points.

A much-needed victory despite playing against the extra man (albeit in a yellow shirt) for most of the game. A job well done!

So give your thoughts on today's game...

I did not see that coming at all, I just hope we can turn the advantage of home silence to our advantage when  we next play at the Riverside. Delighted, no thrilled, no excited and thrilled by that. I don't care how manky the game was, a clean sheet and two goals. I'm just popping to the fridge dear. Pilsener Urquell for me Werder.

This post was modified 3 years ago by John Richardson
ReplyQuote

Well I did not see that coming.  I am delighted that my 100% record of getting results wrong has been maintained!

This was what we wanted, a good set up, players determined and wanting to give a performance and having a game plan which they executed so well.  Great save by our keeper to keep us in the game.

If we keeping playing like that to the end of the season then we may have a chance but if not then at least we will have gone down fighting and not through a lack of effort.

Great team performance and game management but Shotton MOTM.   Yet another poor referee who made key errors.  Now just want Bristol to do us a favour against Hull. 😎😀

A massive win. Two wins from four matches, so six points from possible 16 under Warnock.  Howson had an excellent interception and then sending Fletcher away for the penna.

A good performance and we were the better team. No doubt about that.

I said the other day a 1 nil victory to Boro but 2 is absolutely bloody marvellous ! 😀 😀

Well I got the score right but now the result! Well done NW and the team on a huge win that dragged them a few steps back from the edge of the chasm.  Now they need to repeat the result against Bristol City.

I missed the game entirely due to work but delighted and relieved to be proved wrong in my prediction. Well done Boro.

I thought Millwall were a particularly nasty bunch, and got exactly what they deserved. Nothing!

It is the fashion today, a lot of teams do it.

By running into players they think that they will avoid being penalised, and often get away with it.

Hull used the tactic throughout the match, and won!

I think we got the penalty today because the ref was aware of the giant plaster on the face of our player which he had deemed o.k.

It was a decent result today, but we are seeing in every match what we are missing without Tav. We are very fluid with him playing, and pretty slow and wooden without him.

I would imagine that barring any injuries we will see the same formation and starting eleven on Saturday.

Having to turn up to the Den without former captain Daniel didn't seem like it was going to be a good omen - though it was the thorny issue of being thrown into League One rather than to the Lions that most now feared. Nevertheless, perhaps only a few of the Boro faithful had hoped their team could put in a brave performance and avoid being mauled by Millwall.

Still one man who often puts on a brave face when expecting to witness utter carnage was as usual probably preparing for the worst - he was no doubt like many pleasantly surprised to discover that ringmaster Neil Warnock appears to be also a lion tamer - it's Redcar Red with his match report...

Well, I didn't expect that. After QPR I was convinced we were doomed for League one.

I couldn't bring myself to watch todays game, but I can live with missing it, well worth three points.

The Boro's recruitment department has received much criticism in recent times and mostly deserved, but credit where its due, they've found us a cracking keeper.

Liked by Malcolm and jarkko
ReplyQuote

I think we need a win and a draw from the remaining four matches. I think we can do that if we play like at Millwall today.

For Wigan, I think they need to win three of their remining matches to survive. Or two wins and two draws.

So I predict it will be either Hull or Wigan going down with Barnsley and Luton. But it will be ver intensive and tight race at bottom of the division now. More tight than ever before.

But I trust Warnock to get six points from the remaining matches. Up the Boro!

I think I predected a 1-0 win with Assombalonga scoring. I did not guess Fletcher adding the second. But delighted now. Up the Boro!

Well, the Robins obliged by beating Hull by 2-1 to leave them mired in the drop zone on 45 points & a GD of -17.  Here's hoping they oblige again by losing to Boro on Saturday afternoon.  I had no idea that B City had given Lee Johnson the order of the boot after they lost to the Bluebirds on Saturday.

Fantastic result today, and everything seemed to have gone our way, at least putting survival in our own hands. Really chuffed and hopefully Warnock has a template now which will hopefully give us a good set up for Bristol.

It’s amazing how much we are relying on Spence, he is rising in prominence and I can’t wait to see how he will develop next season if we stay up.

The rollercoaster ride still has some ups and downs to go!

jarkko - I think we'll stay up with 50 points, eternal optimist that I am, irrespective of what Wigan do who in my opinion have already got too many points to finish in the bottom three even if they loose all their remaining games. Which gets them relegated unless they win the appeal, which they might given the somewhat unusual circumstances. I feel for their fans, a truly horrible situation. 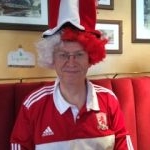 Yes, very pleased with that performance and the 3 points. ‘Points from unexpected places’ as Ian used to say - I was very worried in the run-up to the game, as it felt like another defeat was very probable. However, I thought we were largely in control of the game. After the QPR debacle, I was particularly pleased that everybody in red put in a heavy shift and gave 100%. And I agree that Shottinho was MoM - I thought he was immense.

Thanks RR for another superb in depth report. Millwall should have definitely had two players sent off and we were robbed of a first half penalty. Spot on with your comments on the officials.

@nigelreeve I think the fairest outcome for Wigan (that is the club, players and fans not the current owners) would be that they get docked the 12 points but still survive. I suspect deep down the EFL may prefer that scenario as well plus if its true that someone overseas has put a huge bet on them going down then they hopefully get their fingers well and truly burnt.

Not a good idea, surely?

Interestingly, Wigan's last four games are Barnsley (A), Hull (H), Charlton (A) and ending with Fulham at home.

They could do themselves a favour (and us) by beating those three strugglers and celebrating on their final day at home regardless of the result against Fulham. I'd guess that there is a Band of Brother's siege mentality and wouldn't be surprised to see them earn the twelve points in those last four games alone especially if Fulham are already in the play offs and "saving" players.

Well I have to say I was gobsmacked with that result and very happy to say, what do I know.

The team worked hard and in Shotton someone leading by example. Well done to the ream and substitutes. Credit also to Stojanoviv for keeping us in the game at nil all.

Mr Warnock has tinkered and must now, injuries permitting, keep the same system line up with an odd player tweak. I would still like to see Tav in from the start for McNair or Saville.

So a little egg on face and pleased having to wash it off. Let’s have more of the same Saturday

@redcarred Wigan only get 12 points deducted if it is enough to relegate them. If they would survive then the 12 points are deducted next season instead.

I decided to go out for a walk rather than subject myself to what I perceived would be self inflicted pain!

so delighted to see the result which I had not expected and with Bristol City being Hull, we have some clear water(albeit a stream rather than a river or the Tees)  between the bottom 3.

why couldn’t we play like that against Hull and let’s hope that we can keep up the momentum with other results going in our favour in the next round kg games.

Finally a big thank you to RR for his report which was as comprehensive as ever and I felt that I had watched the game!

My prediction of 12 players for Boro was matched by the 12 of Millwall as clearly the ref and assistants were from London!

I’m confused by this possible points deduction for Wigan. From what I gather if they can finish 12 points above the third relegated club and the points are then deducted they would survive. Is that correct?